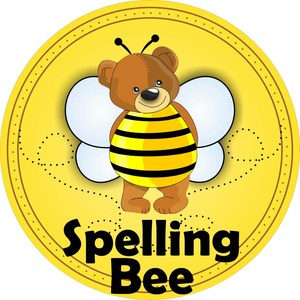 Students and teachers from elementary school had been anticipating this day for weeks and were eager to see who would be the six finalists who would represent their grade and themselves in the final competition of the Spelling Bee.


As it has been set before, the Spelling Bee Finals is a competition in which 12 children from two different grades compete face to face to be proclaimed the Spelling Bee champion. 1º VS 2º, 3º VS 4º, and 5º VS 6º.


This year’s finals took place last Friday, on February 10. The day started like no other. Anxiety was felt among students, teachers, and even parents who wanted to witness this years’ Spelling Bee. As the time to begin got closer, everything at school was ready. Cameras, mics, prizes, and all kinds of decorations were out set in the library, and the judges waited patiently for the competitors to arrive.


When the time came, competitors were asked to come to the library and to sit and listen to motivational words from Miss Lili Cazares. Shortly after that, it was time to begin. Everyone started with a warm-up round in which mistakes would not affect the competitors’ chances of remaining in the competition. As the rounds went on, one by one the competitors were eliminated until the final three were standing in front of the judges.


This year was full of surprises. Previous years’ competitors were part of this years’ finals as well as new competitors, some of whom took first place prizes home.  Judges had to keep up with two extremely fast spellers who were competing for first place. It was an emotional rollercoaster for all involved, especially for some of the competitors who did not place. At the end of the day, the tears, the laughter, and the sense of school pride is what makes these kinds of competitions so wonderful. Congratulations to all of the participants,  because you guys are all winners!